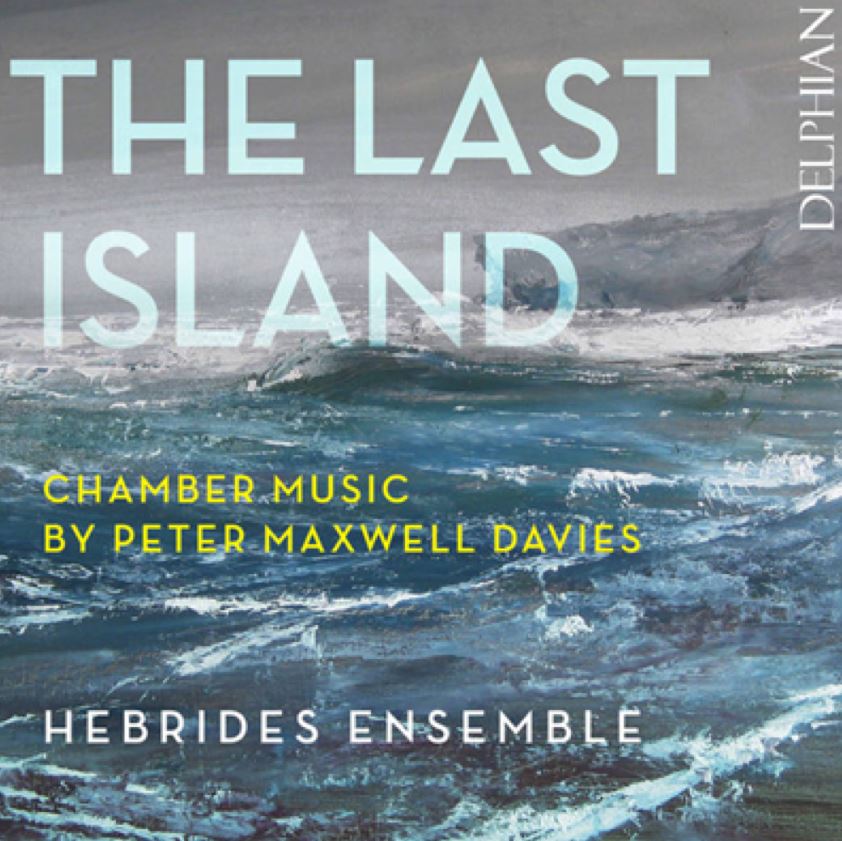 Peter Maxwell Davies’s later music powerfully evokes the isolated majesty of his Orkney island home, yet it also bears witness to his talent for friendship – to his associations, both personal and musical, with friends and supporters in Scotland and further afield. Among the warmest was with William Conway, whom Davies first encountered as principal cellist of the Scottish Chamber Orchestra and for whom he wrote the demanding solo part of his second Strathclyde Concerto. And it was for Hebrides Ensemble, founded by Conway in 1991, that Davies wrote several of the most impressive and personal works to arise from his late engagement with chamber music – a genre in which he had previously worked rarely, here revealed as the ‘last island’ of this remarkable and prolific composer’s output. On its second Delphian album, the Ensemble reciprocates Davies’s friendship with definitive performances of works from his last decade, including the single completed movement of a string quartet left unfinished at his death.

‘Played with the same questing energy that the Hebrides players bring to all these works, it’s a satisfyingly elusive adieu … a lifetime’s listening and working out — distilled; nothing wasted, plenty hinted at.’
— The Times, August 2017

‘It’s the poise and delicate lyricism of the music that is striking… clearly a labour of love for the members of Hebrides Ensemble, who play with exemplary care and expressive tenderness.’
— Telegraph, August 2017, CD OF THE WEEK ★★★★★

‘The unique character of Davies’s late style is grasped and understood in the Hebrides Ensemble’s highly nuanced performances … And not just the bare essentials. There are always surprises, little treats that one isn’t expecting.’
— Gramophone magazine, October 2017

‘The sinewy and taut playing style of every member of the Hebrides Ensemble blends the rawness of emotion which is called for with technical drive and reflection… expertly, sensitively and persuasively played’.
— Music Web International, October 2017