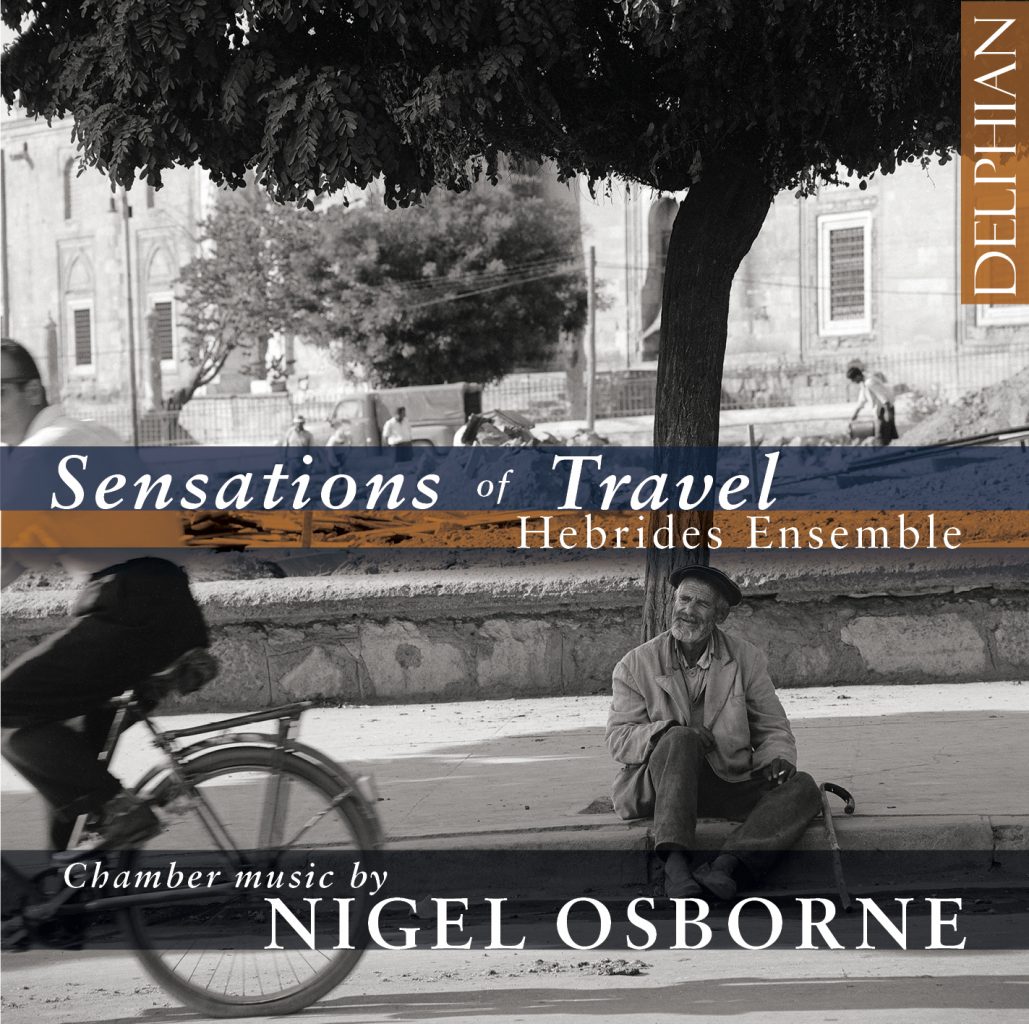 We pay tribute to the remarkable musical and human achievements of Edinburgh-based composer Nigel Osborne with a collection of solo and ensemble works.

Adagio for Vedran Smailović – performed here by our artistic director, cellist William Conway – was written in Sarajevo in the winter of 1992–3; Osborne visited the city several times during the Bosnian war, a period recalled in the 2001 Hebrides Ensemble commission Balkan Dances and Laments.

In Sarajevo and Mostar, Osborne developed a practice of music therapy for children that he has subsequently taken toward zones in Africa and the Middle East. Music’s ability to cross boundaries – to bridge nations and continents, to bear witness and to heal – lies at the heart of this album, supplemented by soundscapes and sung interludes featuring the voice of the composer himself.

Find out more about Nigel Osborne’s work with children in war zones in this interview from the BBC World Service programme Outlook.

“This new Delphian release is a welcome tribute to the far-reaching musicianship of Nigel Osborne…Osborne’s travels have become a kind of pilgrimage in search of relevance and responsibility that deserves serious attention, and these well-crafted recordings offer many different facets of an arrestingly contemporary music voice.” Gramophone Magazine

“For me the most impressive and the work I shall most often return to, is the Balkan Dances and Laments, composed in quiet reflection six years after the end of the Bosnian war…There is an excellent and helpful essay by Tim Rutherford-Johnson. The recording, made in quite a large church in the middle of busy Edinburgh, is beautifully balanced, quiet and focused.” MusicWeb International

“Osborne has spent time in war zones in the Balkans and in Syria, pioneering his own form of music therapy. Some of that experience is reflected here, each work a tiny drama capturing these far-off landscapes…The six-strong Hebrides Ensemble has immersed itself deeply and winningly in Osborne’s eclectic sound world.” The Observer

“With programmes that are diverse, imaginative and inspiring, Hebrides Ensemble has established an enviable reputation as one of the foremost exponents of contemporary chamber music, and the beguiling and vivid performances on this issue certainly leave no doubt as to their exceptional ability on how to make difficult music acceptable even to the most squeamish.” Classical Music Daily