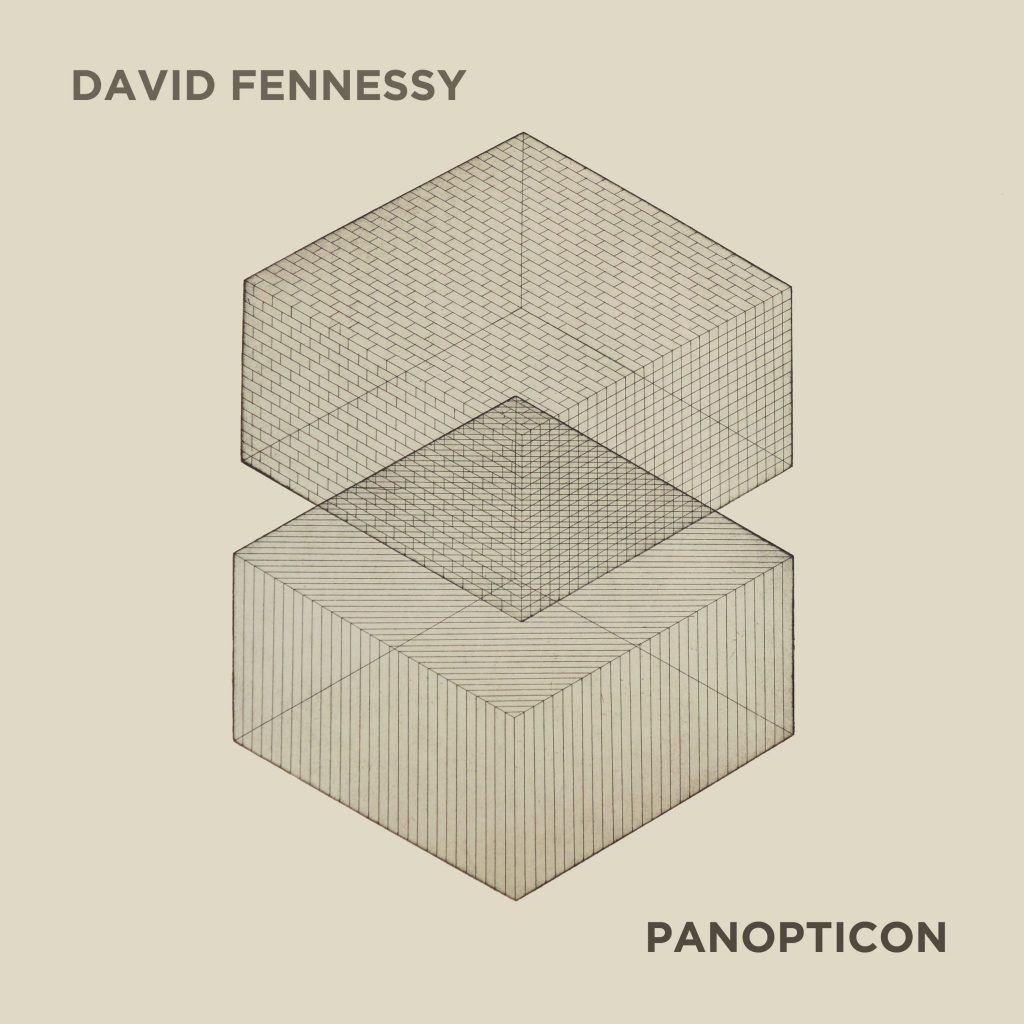 David Fennessy grew up in Maynooth, Co Kildare, playing electric guitar in rock bands. He became interested in composition whilst studying for his undergraduate degree at the Dublin College of Music, and in 1998 he moved to Glasgow to study for his Masters Degree at the Royal Conservatoire of Scotland with James MacMillan. He is now a composition lecturer there himself.

He has been described as a ‘composer of deep sensitivity, style and a knack for doing imaginative things with old samples’ and this album displays a broad range of Fennessy’s music, from purely acoustic chamber works to pieces for large ensembles involving electronics. The title track Panopticon, co-commissioned by Hebrides Ensemble and Psappha, is scored for cimbalon and string ensemble; the name refers to an 18th-century prison design in which cells were arranged around a circular central chamber from where a governor could keep an eye on prisoners at all times. Fennessy’s Piano Trio features conversations from the late 1960s between John Cage and Morton Feldman, the music punctuating the extravagant gaps in the conversation. 13 Factories is performed by Ensemble Modern under Johannes Kalitzke and includes electronics plus 4 hand-held speakers playing the sounds of old looms traditionally used in the Outer Hebrides to produce Harris Tweed. Hirta Rounds conjures up the eerie atmosphere of an abandoned island. Hirta is situated on remote St Kilda archipelago on the West Coast of Scotland whose last inhabitants were evacuated in the 1930s.

‘What we like we call real while what we don’t like we call intrusion. David Fennessy shows us the impossibility of separation, the beauty of both.’ The Herald

‘There’s so much to admire, be intrigued, excited, engaged and pleased by … repeated listening is required.’ Classical Ear

‘ironic and clever … a polysemous delight to hear.’ The Wire