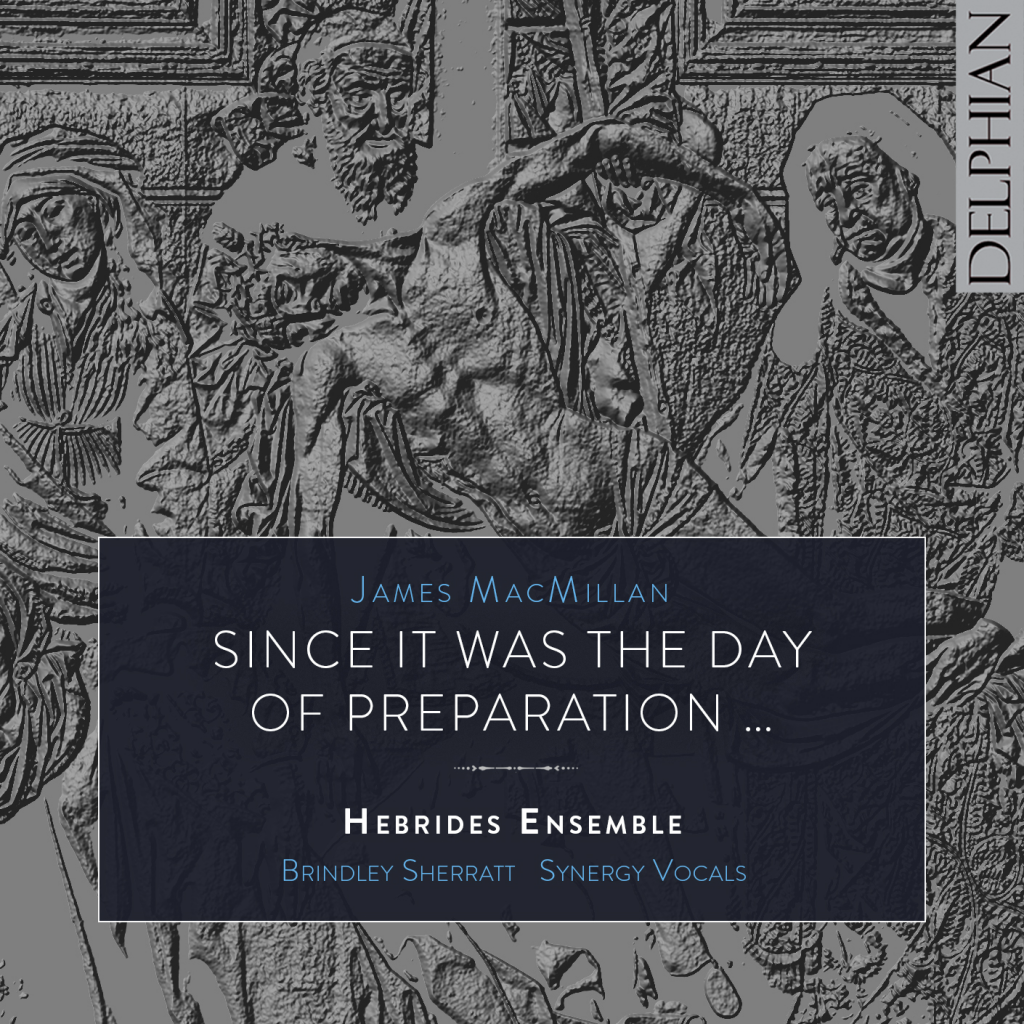 The first disc in the recording partnership between Hebrides Ensemble and Delphian Records presents Sir James MacMillan’s extraordinary setting – by turns intimate and dramatic – of the Resurrection story as told in St John’s Gospel. As at the work’s premiere at the 2012 Edinburgh International Festival, the Ensemble and its director William Conway (the work’s dedicatee) are joined by bass Brindley Sherratt in the role of Christ, and by a pristine quartet of singers from Synergy Vocals. A significant landmark in MacMillan’s career, ‘Since it was the day of Preparation…’ now inaugurates a series of recordings set to document Hebrides Ensemble’s outstanding contribution to Scottish cultural life.

Gramophone Magazine EDITOR’S CHOICE: ‘Here we have the latest in a stream of major works which express [MacMillan’s] deeply held Catholicism, and for my money it is by far and away the most effective… Hebrides Ensemble provide eloquent testimony to the sustained impact of MacMillan’s writing.’
— Gramophone Magazine, August 2016

Presto Recordings of the Year – FINALIST 2016: ‘This is an incredible piece, and I firmly believe it’s destined to become one of MacMillan’s most-performed works.’
— Presto Classical, June 2016

‘Since it was the day of preparation is on the face of it a chamber piece, with just ten performers needed. Yet in an extraordinarily perceptive and affecting manner it broaches enduring universal issues and, in this wonderfully committed recording, already feels like a modern masterpiece.’
— BBC Music Magazine, July 2016 ★★★★★

‘Macmillan’s work is a musically entertaining, dramatically satisfying piece of theatre, not a dull slab of dutiful contemplation… this is as authoritative a reading as we’re ever likely to hear.’
— The Arts Desk, July 2016

‘MacMillan’s boldly intimate setting of the post-crucifixion narrative of St John’s Gospel veers from Schütz-like austerity to lush piety. Some of the finest music comes in the instrumental interludes… Excellent performances throughout.’
— Sunday Times, August 2016

‘This landmark composition constantly alternates between the intimate and the dramatic, but the performances are consistently engaging, and both singers and instrumentalists are on impeccable form, making for an insightful and focused experience.’
— Music & Vision, December 2016