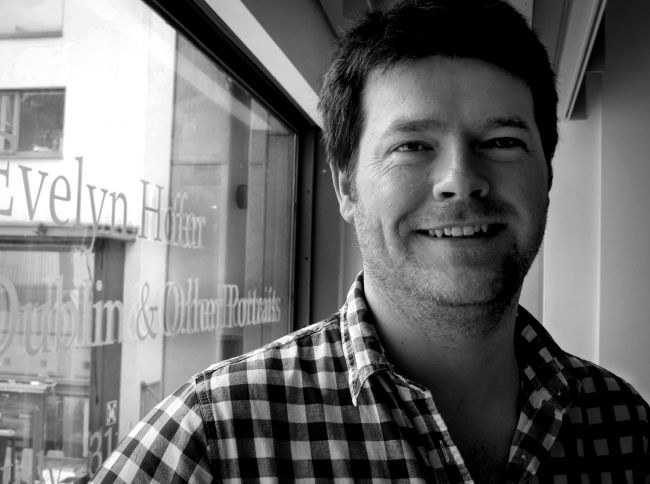 David Fennessy (b. 1976 Maynooth) began his musical life as guitarist in a school rock band but had no formal musical training until the age of fifteen when he decided to study classical guitar. He became interested in composition whilst studying for his undergraduate degree at the Dublin College of Music. In 1998 Fennessy moved to Glasgow to study for his Masters Degree at the Royal Conservatoire of Scotland with James MacMillan. He was later invited to join the composition faculty and has held a teaching post there since 2005.

Fennessy was shortlisted for the Gaudeamus Music Prize in Amsterdam in both 2000 and 2006 and was a finalist for the Philharmonia’s composition prize in 2004. His music has been chosen to represent Ireland at the International Rostrum of Composers and at the ISCM World Music Days. In 2006/2007 Ensemble Modern awarded Fennessy a scholarship to study at their prestigious International Academy in Frankfurt. A Dewar Arts Award (Scotland) enabled him to live in Germany for twelve months where he created several works in close collaboration with the musicians of the Academy. In 2010 he received a prestigious Paul Hamlyn Foundation Award. This British award, providing significant support over three years, aims to give artists the freedom to develop their creative ideas and contribute towards their personal and professional growth. In 2010/2011 he was a Fellow of the Akademie Schloss Solitude in Stuttgart.

Significant works include ‘Hauptstimme’, for solo viola and ensemble premiered by Garth Knox with Red Note Ensemble at the Huddersfield Festival; ‘La Rejouissance, La Paix’ written for Ensemble Modern’s thirtieth anniversary celebrations; ‘Panopticon’, winner of a 2018 Scottish New Music Award; and ‘Conquest of the Useless’, which received its first performance at New Music Dublin in 2019.

On the stage, Fennessy’s ‘sort-of opera’ Pass the Spoon – a collaboration with visual artist David Shrigley – was premièred in Glasgow in November 2011 and enjoyed a sellout run at the Southbank Centre in London. In May 2016, his opera Sweat of the Sun was premiered at the Munich Biennale.

His music has been recorded and released on the Naxos, NMC and Ensemble Modern labels. David’s music is published by Universal Edition, Vienna.

David was appointed as a Trustee of the Hebrides Ensemble in 2020.