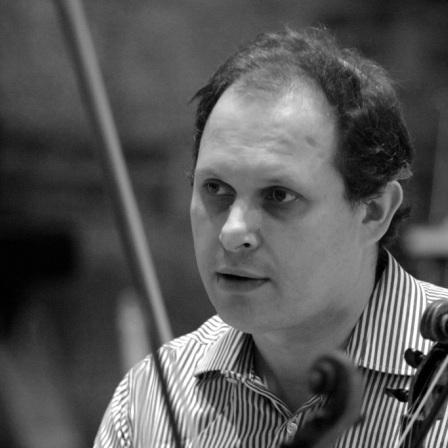 Born in London, David Alberman received his LRAM diploma from the Royal Academy of Music at 16. After playing with the Academy of St Martin in the Fields and the LSO, he became a Concertmaster of the Chamber Orchestra of Europe. A long-standing interest in contemporary music led him in 1986 to join the internationally renowned Arditti Quartet, with whom he took part in many world premieres, and made a number of recordings, which won prizes internationally. In 1995, he formed a duo with pianist Rolf Hind.