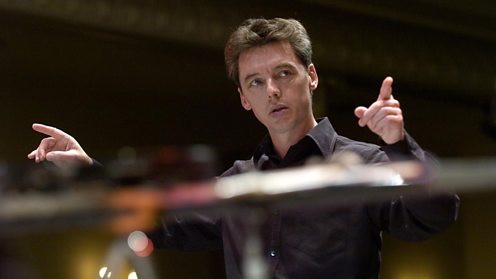 On 4th August, Hebrides Ensemble made its debut at the BBC Proms. Each year the BBC Proms travels outside London and this year it was to Lincoln, where we performed Stravinsky’s The Soldier’s Tale.

The city’s 19th-century Drill Hall – home to the Fourth Battalion of the Lincolnshire Regiment, deployed to the Western Front in 1914 – was the evocative setting for two staged performances.

William Conway conducted Hebrides Ensemble in this tale of a young man who sells his soul (and his violin) to the Devil in exchange for untold wealth – or so it seems.

This concert was broadcast live on BBC Radio 3 but you can still catch it on the iPlayer here.